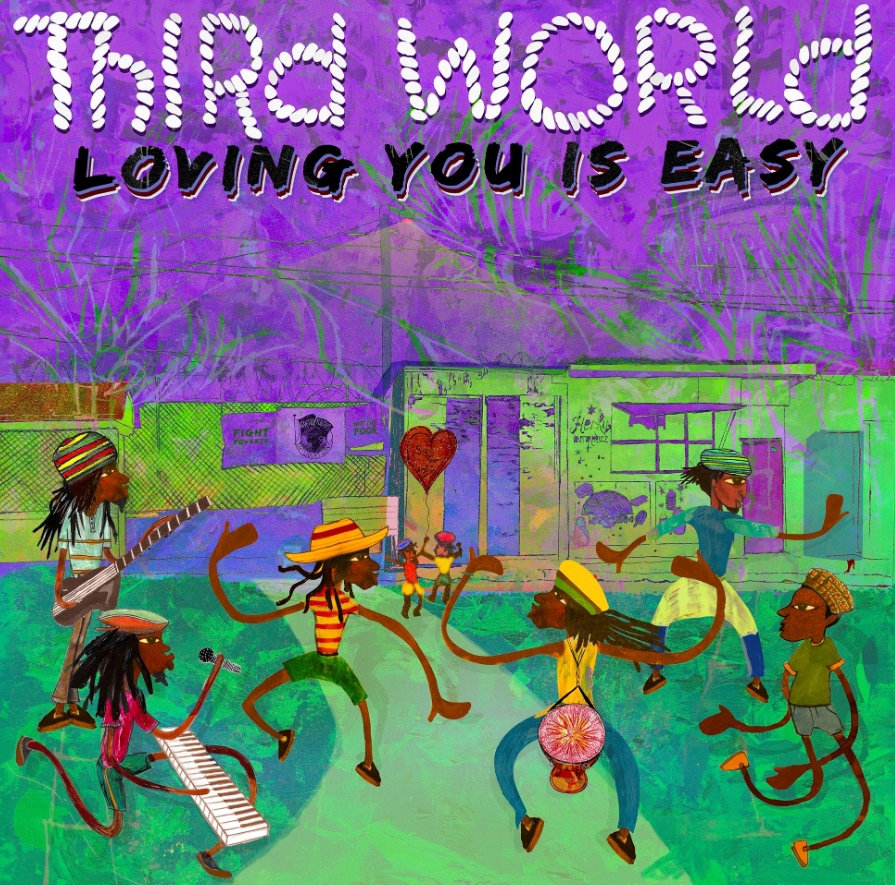 New York, NY Reggae Ambassador’s, THIRD WORLD remain one of the most pivotal reggae bands of all time. The band will release their first single “Loving You Is Easy,” off their upcoming full length album to be released in 2019, this Friday September 28. Produced by Grammy-award winning business mogul Damian ‘Jr Gong’ Marley on Ghetto Youths International, “Loving You Is Easy” gives the listener an insight on their creative ability to maintain their artistry over four decades of music. The single will be available for download and streaming on all digital platforms.

The song embodies a smooth Reggae sound, featuring the band’s beautiful signature harmonies  and charismatic vibe.  Stephen “Cat” Coore, founder and band leader of Third World aptly describes the single as “a cool lovers rock, it is one of those songs that is really catchy and that I think people will like. It’s a sing along.”

“Loving you is easy cause the way you make me feel,

Loving you is simple that‘s the way its suppose to be,

Baby with you by my side I feel so young and free,

Strong vocals being synonymous with Third World, the single pays ode to a love interest whose qualities are remarkable and makes love so simple and easy. “It is a great song that expresses a nice thought about love, a people’s interaction with each other from a loving point of view because it says I could love you on and on and on. It is a glamorous way of thinking about love’’ explains Coore.

“Loving You Is Easy” will be available for download and stream on all digital platforms worldwide.  For more information, visit the band’s website at www.thirdworldband.com

The ‘Reggae Ambassadors’, Third World is one of the longest lived Reggae bands of all time, and one of Jamaica’s most consistently popular crossover acts among international audiences.  Mixing in elements of R&B, funk, pop, and rock and, later on, dancehall and rap, Third World’s style has been described as “reggae-fusion”.

With 10 Grammy nominations and catalogue of charted hits spanning four decades, Third World accolades include, the 1986 United Nations Peace Medal, 1992 and 1996 Jamaica Music Industry Awards for Best Show Band, New York City Ambassador Award in November 2009 at Brooklyn Academy of Music (“BAM”), 2011 Excellence in Music at the Atlanta Caribbean Festival, numerous awards and accolades from Martin’s International Reggae and World Music Awards,  in 2012 the group was awarded the Ambassador at Caribbean American Heritage Awards in Washington DC,  “The Art of Reggae Music” award for 40 years of quality music and dedication at the 2013 staging of Jamaica Jazz and Blues in Montego Bay, the Keys to the Cities of Atlanta and Key West, National Black Arts Award of Merit 2013 and more.