Peter Tosh’s Son in Coma: Inside Fight for Jawara McIntosh 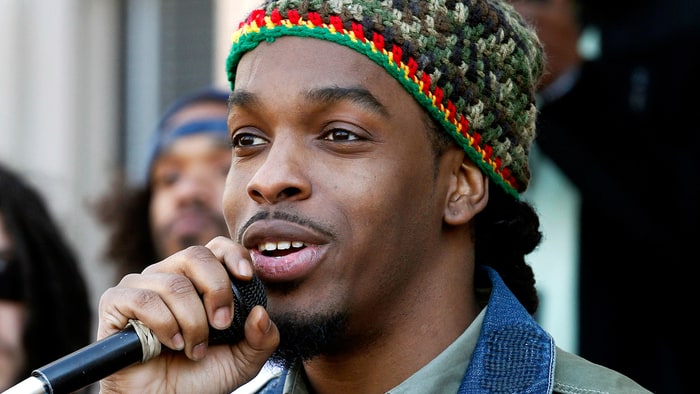 If all had gone as planned, Jawara McIntosh would be home in Dorchester, Massachusetts right now, legally using cannabis as part of his Rastafarian faith, enjoying the early summer with his four children, perhaps working on new music. Instead, he is in a hospital in Boston in a coma.

On February 21st, 2017 McIntosh, a musician and marijuana activist who is the son of legendary reggae musician Peter Tosh, sustained a traumatic brain injury. It happened during an attack at the hands of Kyrie Charon Baum, a fellow prisoner at the Bergen County Jail in Hackensack, New Jersey, where McIntosh, 37, was serving the final six months of a one-year sentence for the possession of marijuana. He cannot speak or move with intent. His family visits often, singing, praying, hanging photos of his children on the wall, along with the many Bible verses that he spoke of with his sister, Niambe McIntosh, on the phone from jail, where other inmates called him Bless in recognition of his spiritual practice.

“He would call me from the jail and say hey Niambe, can you read this scripture?” his sister tells Rolling Stone. His nightly routine with his children included reading the Bible together, and he kept it up while incarcerated, with his sister’s help. She fondly describes a devoted father who had a way with children, saying that Jawara’s nieces and nephews – and many young family friends as well – called her brother Uncle Tosh, drawn to his magnetic personality.

“People always gravitated toward him,” says Niambe, recalling their childhood in Boston. “Walking to school together, I would be beat boxing, while he’s making up freestyle as we walk to the bus stop. And the next chapter, that was DJing together. I was the mastermind and I would figure out which song would be played next. But he was the one who captivated the audience.”

McIntosh’s mother, Melody Cunningham, remembers an Outward Bound trip to Colorado when he was a teenager that left a deep impression. “There’s no water, there’s no light, there’s nothing, you have to survive on your own,” said Cunningham. “When he got home he said, ‘Wow, I really learned to appreciate my bed.'”

The McIntosh family has filed a lawsuit against the Bergen County Jail for failing to protect Jawara, and is requesting they release a full report, including any video and audio evidence, of what happened in February. To date the family has received only a brief report that they characterized as a single paragraph. Niambe also started a Change.org petition seeking an investigation by the U.S. Department of Justice into the incident. “The sheriff’s office continues to work with the Bergen County Prosecutor’s Office to make sure that justice is accomplished for the family and to make sure that these things don’t happen again,” says William Schievella, director of communications for the Bergen County Sheriff’s office. The office declined to comment directly on the lawsuit.

The attack that has left McIntosh in a coma is not the family’s first experience with senseless violence. His father was beaten nearly to death by Jamaican police for his outspoken views on cannabis, civil rights and police brutality, so seeking justice for Jawara, and shedding light on the brutal conditions in U.S. correctional institutions, has taken on an even deeper meaning.

Cannabis lawyer Joseph Tully, who represented McIntosh in the criminal case, says that for him, one of the most tragic aspects was that his client would have been eligible for supervised release in just a few short weeks. “At the time it happened I was already in the process of working on a home electronic monitor or confinement release,” Tully says.

McIntosh was pulled over in New Jersey on June 15th, 2013 and 65 pounds of marijuana were found in the car. After spending more than six months in county jail, then being released on a $200,000 bond, Jawara pled to possession with intent to distribute and took a one-year sentence in August 2016, leaving him with six months to serve. He spent the fall working on various music projects, and then turned himself in at the Bergen County Jail in January 2017 to finish his sentence.

Tully said that Jawara would have preferred to fight against what he saw as the unjust criminalization of cannabis in an open court, but that the plea deal made the most sense in the face of a five- to 10-year mandatory minimum sentence. “He was fighting his case as an activist,” says Tully. “One of the conversations we had, was that he wasn’t going to take deal, he was going to fight his case. He said, ‘Listen I’m my dad’s son.'”

While Tully and Jawara agreed that the law itself was unjust, and questioned the legality of the traffic stop that led to his arrest, they decided in the end that the plea was the most pragmatic choice. “As a person he didn’t deserve it but within the confines of law it was the best decision to go with,” says Tully, pausing to collect his emotions. Part of their logic in accepting the plea was that Jawara would be able to serve his time in county jail rather than in state prison, which Tully characterizes as typically populated by more violent offenders.

Brian Latture, manager of the Peter Tosh estate, had been working with Jawara on recording new versions of some of his father’s songs, as well as new work. The plan had been to release a remix of “Legalize It” on April 20th, a rallying cry for a new generation of cannabis activists, with special guests.

“The intent was a ‘We Are the World,’ so to speak, of cannabis,” says Latture over the phone. “It this was going to be a shared experience, and have contemporaneous music that people could identify with.”

Jawara had hoped to release an album as well, once he had completed his sentence. As a musician, he frequently turned to his mother for inspiration and feedback during the creative process. “He called me Mother Rhythm and he would say, ‘Mother Rhythm, you gotta hear this, I want you to listen to these lyrics,'” Cunningham says. “It was always spiritually motivated, it wasn’t like he had to sit down and see if he could write a song. Once it came to him he would pick up the phone and call me and say ‘I want you to listen to this,’ and that happened a lot. That’s how he wrote his music.”

Latture notes that Jawara’s injuries were not just devastating to his friends and family, but a loss to the musical community as well. “Everything he did was so inspiring and new, not having the ability to do that any longer is just a shame,” he says. “Everyone is very prayerful that there’s a recovery, but I don’t think we’re going to get those same vocals that we got last year and it’s very sad.” 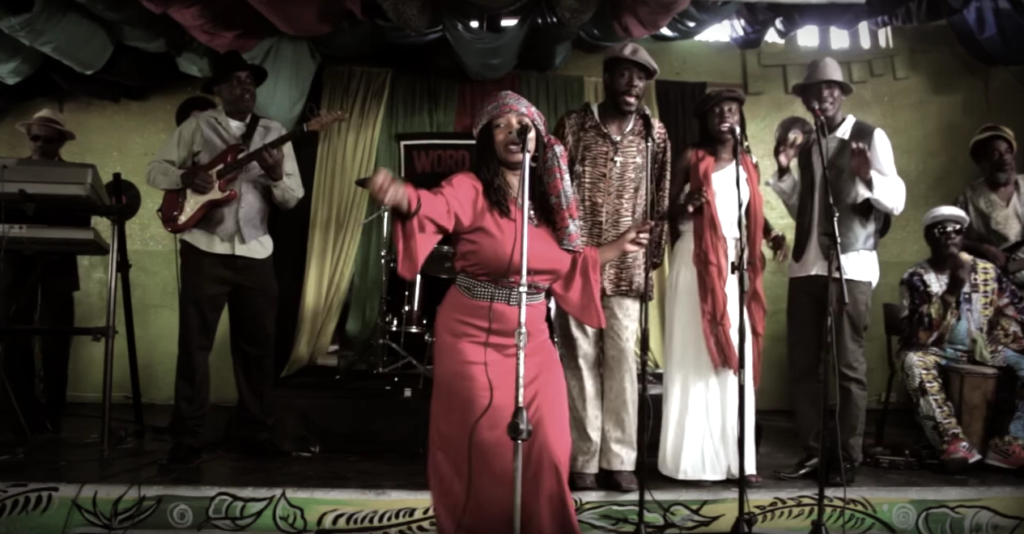