Before the clash, two different social media polls had both sounds neck and neck regarding who the public thought would win. So, patrons went into the clash knowing it would be a real competition, and the contenders certainly didn’t disappoint, as the hard fought musical battle came down to one song at the very end.

The clash had 5 regulation rounds, of which Jimmy Spliff of King Shine won the first two, with no question. Supersonic’s mc and selector duo, Spider and Panza, started off slow and wasn’t receiving any forwards nor crowd engagement, so, by the beginning of the third round it wasn’t looking good for them at all. However, Supersonic turned it around in a major way in round three, and received some of the biggest forwards of the night, on almost every song played. That round tipped the scales into Supersonic’s favor and they went on to win rounds 3, 4 and 5, while King Shine struggled to connect with the crowd.

The rules of the clash stated that a sound had to win 4 of the 5 regulation rounds in order for it to be considered an official “lock off”, and eliminate the need for a tune-for-tune, best of 7 songs playoff round. Since neither sound won 4 rounds, the tune-for-tune playoff began with King Shine leading 3-1. However, Supersonic came back to tie the score at 3-3, and the very last song sealed the deal, making Supersonic the official new WFC champion.

The belt is now headed to Europe and Dinero, of King Addies Promotions stated, “The journey for World Fight Club has just begun!”

Next up, WFC Round 3, which goes down in 2020! Follow @WorldFightClubWFC for recaps, pics, news and announcements. 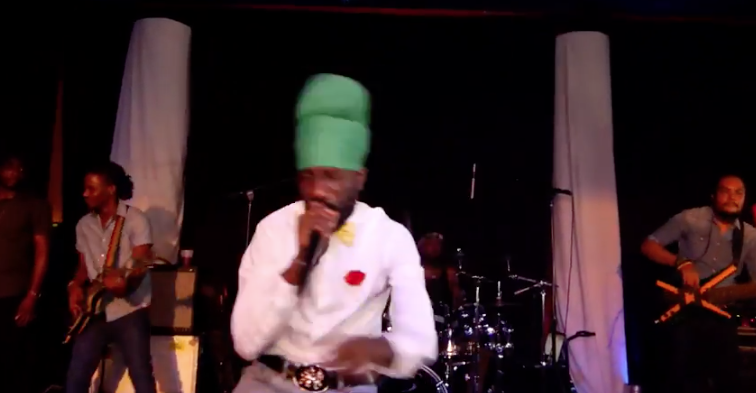 Sizzla in concert in LA @ Savoy