Isaac Faith in Jamaica touring and working on new music.

POR: Bless Up Issac Faith, thank you for doing this Italview with POR, king.

Isaac Faith: Bless up POR, and all our supporters.

POR: We see that you are currently in Jamaica. What draws you to the Island?

Isaac Faith: I’m currently here for a show on the 25th alongside dynamite and popcaan. Other than that I’m here taking in the good weather and food!!

POR: Yes I.. I can imagine! So you have a show with PopCaan, Nice, tell us a little more about that and how it came about?

Isaac Faith: Well…I’ve been working with an artist from vincy by the name of dynamite for couple years now. Since then he’s had much success as st. Vincent’s new reggae artist.
He received an offer from a Jamaican friend for the popcaan show and vouched for I to perform…So I’m here fi di work… Yah zee it!!

POR: Clear! So is this your first time in Jamaica?

Isaac Faith: Third to be exact.

POR: So it’s safe to say the international market is ready for the Faith.

POR: I also see Ily Culcha is there with you, so can we expect to see Im A RastaMan live in JA?

Isaac Faith: Fa sure I plan to call him out on the show. Were also getting some visuals for his new video… Myself as well.

POR: I love to see ones and ones working in unity, strengthen the movement zee it.

Isaac Faith: Truly!!! You done know the phrase “unity is strength “. He’s also been a full supporter of the Youth Black Faith/ Thunderlions movement.
POR:  So Im not sure how true it is but I am hearing that we can expect a Thundskank album soon.

Isaac Faith: Correct .. I’m here also working on some riddims for the said album… This one’s for my Thundaskank supporters!!! Gonna be a NY classic…. Worldwide as well. Release date for mid July.

POR: nice. I’m excited. Hopefully we can premier the single.

Isaac Faith: Me too.. Its an exciting album roots first, Of course… Por have my support in anything.

POR: Are you recording an features while you are on the island?

Isaac Faith: Because of our tight schedule I’m not sure yet. Who knows I just might ….

POR: In the past your music resonates many different vibes ranging from Hip Hop to Reggae and even Soca, Where do you find the inspiration to jump across so many genres?

Isaac Faith: I gotta say Brooklyn NY… Its the crossroads of the world… My love for hip hop and reggae … Its hard not to have a delivery of such
I mean that’s just my culture. I was basically raised in New York.

POR: It seems like there a culture trade between NY and JA going on. Ive seen Chronixx toasting over Mos Def instrumentals.. Kabaka Pyramid has a strong hip hop vibe, And then we have more reggae inclusion in American Music. Even down to the latest Justin Bieber album you can hear the Island influence. It seems like the vibe NY has always had is starting to become the moving force in music as a whole. What are your thoughts?

Isaac Faith: Indeed. I been on the fusion since shine head, mad lion, born jamericans just to name a few. Im pleased others are now catching on…

POR: Yea Its the Biltmore ballroom era all over again.

POR: We just dropped a record with Brngtn called Squad that is moving heavily here in Brooklyn. Brngtn is another artist who like you, fuses the Brooklyn American-Island vibe to create memorable music. How did that link up with him come about?
Isaac Faith: Brngtn I met through Knotti. We voiced a tracked together couple years ago.. When he found out I produced… He quickly linked for a riddim.. When he received it… Every thing was just a matter of time ! Big up Tanisha dread on the harmony vocals !!

POR: That record is large.

POR: What other artist can we expect to hear on Isaac Faith production work ?

Isaac Faith: Well I just finished the “deep thoughts riddim” compilation… Featuring artists Ceejay, Iyah Champs, Dadon, Amwa Gideon and Khari Kill just to name a few
Also just released Fho-Kuss album a month ago titled “Fully Focused”. Thunderlions have works as well featuring Addis Pablo…. Many works in the making…or made I should say. So expect to hear all the artist mentioned on my production.

Isaac Faith: How can I forget my g JohnnyGo Figure? I mixed and mastered Public Housing.
POR: Ahhh , I love that tune king!

Isaac Faith: Truly!
POR: Thunderlions recently dropped a mixtape focused on the Oscar Awards and Hollywoods lack of diversity. What made you all do a tape like this?

Isaac Faith: The tape consist of prerecorded songs prior to the uproar about the Oscars… While revising our catalogue we noticed everything we were signing about a year or two ago was now happening… Felt like visionaries…. Hence we felt it was the perfect time to release the tape.

POR: That tape is so deep… especially SPIKE LEE. I feel like you guys nailed it.

Isaac Faith: [Spike Lee] We did that song before his neighbors start complaining … Lol. His fathers neighbors that is!

Isaac Faith: Ima say some $#!& make them don’t like me.
POR: Hip Hop legend Phife Dawg passed away this morning. We know he has been suffering from Diabetes for a while. He was one of the pioneers who fused Hip Hop with Caribbean culture. How has he influenced your style of music?

Isaac Faith: Yes one of my inspirations as well…Plenty!
POR: Any of his works specifically?

Isaac Faith: Phife is one of the hip hop artist who mad it normal to incorporate your accent or culture into your lyrical delivery. He made if a comfortable thing to do. He made it a style!
POR: I remember “I Like EM Brown Yellow Puerto Rican or Haitian”.  This was at a time when Haitians where looked down upon by other Caribbean people.

Isaac Faith: One of my favorites as well!

POR: This was before Wyclef made being a ZOE (Haitian)  a thing to boast about. I feel as you do the same for the Caribbean community.
Many of your songs speak on having pride.


Isaac Faith: Yes as an artist you have to be proud of your heritage.Or you’ll never grow…

POR: On your recent mixtape Z100 you took a turn at fusing POP and Reggae. Recently, Justin Bieber dropped an album with such influence as well. Will we hear more of this kind of music in the near future?

POR: I hope you Gal-anger (No Manager lol) is apart of it as well! I love that character.

Isaac Faith: Yes and grimey loo will also be apart of it.

POR: lol I love it. One thing about you as an artist that I notice is you have no fear in creation. Your sound is very bold and stands out in the pack always.
I can imagine the growth as you are taking in the authentic vibes out on the Islands.

Isaac Faith:  Yeah FAM its too much copy cat artist. I accept the fact that I’m a vincentian that grew up in NY…I could only be me and sound like myself. Will never emulate or duplicate.. Gotta be yourself else you’ll be faking it to be making it.
POR: I think Reggae belongs to people of the African Diaspora more so than Jamaica. But I acknowledge Jamaica as the “Holy Land” of reggae music!

Isaac Faith: Yes of course. Jamaica is the gate keeper.

POR: I take nothing from Jamaica but I can name many non Jamaicans who have contributed largely to Reggae Music’s growth, and thats the message we are trying to relay with this website.
Isaac Faith: Truly king.

POR: Reggae is a world Power, even in the Babylons backyard, yutes are burning a fire!

Isaac Faith: On that note I have to big up the Virgin Islands for preserving the roots sound.

POR: So true. Midnite is doing great things …and all the other V.I. artist as well. I see Pressure on the V.I. tourist commercial. What a great look!

Isaac Faith: Yes and with Akae Beka’s (of Midnite) presence here in Jam Rock,  I’m sure roots music gonna get deeper !!! Look out world we a unite link up!!!

POR: Well Isaac we want to thank you so much for this ital-view. We love your work and will continually support the I in all things. Please hail up Ily Culcha for us. We’d love to get an ital-view from him as well. Link it up! And thank him for the pictures as well! #RRR

Isaac Faith: Yea POR thanks for having I man. And all the support through the years.. More strength with everything !!! Rasta!! 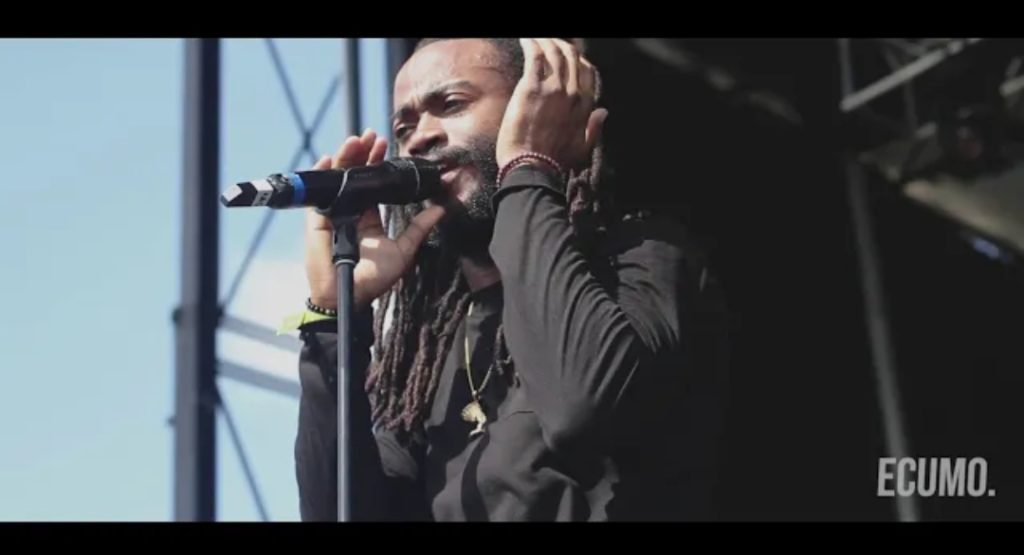